Department of Energy Secretary Granholm is speaking on CBS Morning News and the host asks if she feels feels the high price of is sustainable for most families, and does this help with the transition to Clean Energy. Secretary Granholm says it isn’t sustainable, but the transition to clean energy is important. How a family struggling with high gas prices is going to afford buying a new more expensive Electric Vehicle is a mystery… 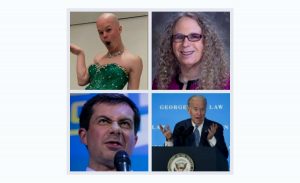 (CLICK TO ENLARGE)
A Transgender Health Secretary, a Drag Queen Nuclear Energy Advisor, and a Transportation Secretary who wants to make driving a car unbearable, President Joe Biden has filled his administration with delusional outspoken nutjobs, who want to ruin the American Dream.
SEE MORE ABOUT: Biden Administration Biden Administration and Secretary Granholm in particular DO NOT WANT THE PRICE OF GAS TO GO DOWN. The Biden Administration cancelled the Keystone Pipeline[1] and stopped issuing new permits for oil drilling[2], creating a shortage which drove prices up. Then by propping up

(CLICK TO ENLARGE)
Ukraine is a country located in Eastern Europe. It is the second largest country in Europe, and shares it's north eastern border with Russia. Ukraine is also the home of Bursima the energy company connected to Hunter Biden.
SEE MORE ABOUT: Ukraine Ukraine with 40 billion in aid[3], they extended the war with 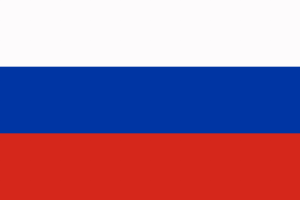 (CLICK TO ENLARGE)
Russia also known as The Russian Federation, is the largest country in the world, covering parts of Eastern Europe and Northern Asia. The capital of Russia is Moscow, and the current leader is President Vladimir Putin.
Russia - Russian FederationRussia, and extended the

(CLICK TO ENLARGE)
Economic and Trade Sanctions are barrier that one country enacts on another to limit economic prosperity and access to goods or resources. The goal is to achieve a political or social change through a non-violent solution. Sanctions are an effective diplomatic tool, but can have unintended consequences.
Economic Sanctions and Trade Sanctions sanctions against Russian gas exports, further decreasing the global supply, which drove gas prices up even further. The Biden Administration and Secretary Granholm see high gas prices as a necessary evil to force the transition to green energy and electric vehicles. You can hear them say it in their own words.

- nytimes.com
3. The Senate overwhelmingly approves $40 billion in aid to Ukraine sending it to Biden

- slate.com
5. Why Do Electric Cars Cost More To Insure

Yes, Joe Biden It Absolutely Was Wrong To Support Ukraine

CVS in California Enjoying The Benefits of Diversity