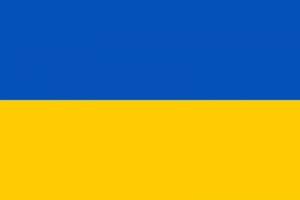 (CLICK TO ENLARGE)
Ukraine is a country located in Eastern Europe. It is the second largest country in Europe, and shares it's north eastern border with Russia. Ukraine is also the home of Bursima the energy company connected to Hunter Biden.
SEE MORE ABOUT: Ukraine Ukraine. Her body language shifts and you can tell she’s clearly uncomfortable with this question. Eventually she gives a carefully worded answer saying the US has biological research labs in Ukraine. She also says the State Department is concerned about Russian forces trying to gain control of those laboratories.

Under Secretary Nuland clearly knows the United States started building a biological research lab in Ukraine in 2010[1]. She knows 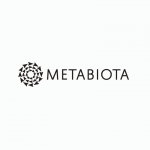 (CLICK TO ENLARGE)
Metabiota is medical and infectous disease research company, with large Defense Department Contracts Researching Infectious Diseases and Zootonic Diseases like Bird Flu. Metabiota also Researched Bioweapons Like Anthrax, and was a partner with EcoAlliance and the Covid 19 Wuhan Lab.
SEE MORE ABOUT: Metabiota Metabiota (which is connected to Hunter Biden[2]) has an 18 Million Dollar Defense Department contract for researching infectious diseases in Ukraine[3] in 2014. She would also know the Mechnikov Anti-Plague Research Institute in Odesa Ukraine was upgraded to BSL-3 laboratory[4], meaning it was designed to handle dangerous pathogens like those released in a bioterrorism attack [5]. Additionally she would have known the Metabiota lab in Ukraine had done research using anthrax[6]. How can we say for certain she knew this, because in April of 2020 the US Embassy in Ukraine issued a memo about Biological Research going on in the country

, and they mention securing deadly pathogens and toxins to prevent them from falling into the wrong hands[7].

The Science and Technology Center in Ukraine

(STCU) issued a report in 2016, which mentions a meeting highlighting the acomplishments of the past year[8]. The meeting included three representatives from the US Department of Defense, which makes sense because the project was funded by The Department of Defense[8]. What doesn’t make sense is why someone from The Ukraine Ministry of Defense[8] was there, unless this was a bioweapons research program. The laboratory was researching zoonotic diseases[8], and gain-of-function research on zoonotic diseases is strongly linked to the Coronavirus jumping from bats to humans[9][10]