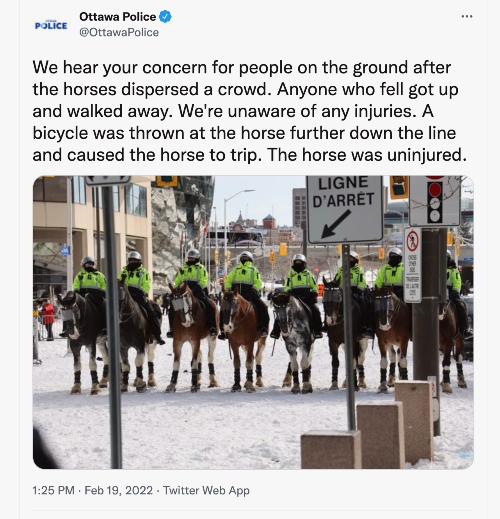 Below is a video of the mounted police, barreling through the crowd, and at the 12 second mark, you will see a woman in a red coat with a mobility scooter, getting knocked to the ground by a horse. 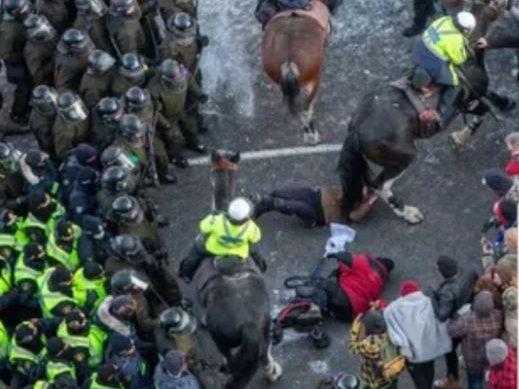 The police also claim “a bicycle was thrown at the horses”, this is also a lie, below is a video of the bicycle incident, at the 6 second mark you can see a man in a blue coat and hat holding a bicycle, at no time does he try and throw the bicycle at anyone.

against The Freedom Convoy, even though there is clear evidence the police did use gas, and that they held someone on the ground and violently kicked them multiple times

You can file a complaint with the Independent Police Review Director, using the Online Ottawa Police Complaint Form

"To file a complaint against police, please consult the Office of the Independent Police Review Director for information. https://oiprd.on.ca"
@OttawaPolice - Archive: Ottawa Police Tweet about filing a complaint